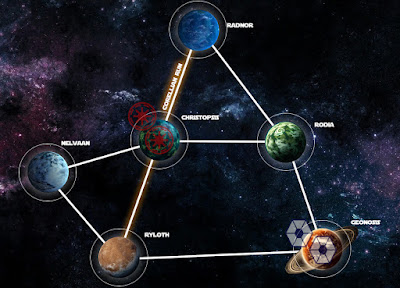 War in the Outer Rim! The separatists are on the ascendacy. From the planet Geonosis, endless hordes of droids clank forwards, challenging the Republic's control of the vital Corellian Run hyperspace lane. 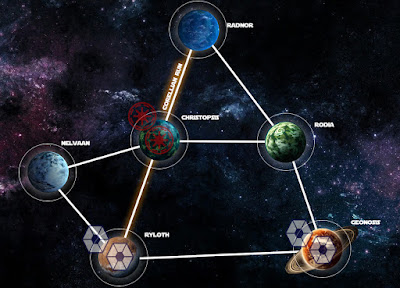 Led by the cunning Count Dooku, the Confederation has taken over Ryloth, pushing the Republic to uneash their fleet in order to contest this arid but vital world. 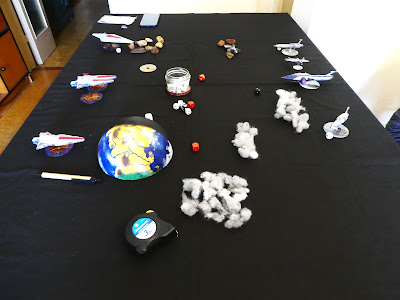 The magnificent Subjugator cruiser Liberation dominates the center of the CIS battleline, facing a venator battlegroup and the Pride of the Core dreadnought 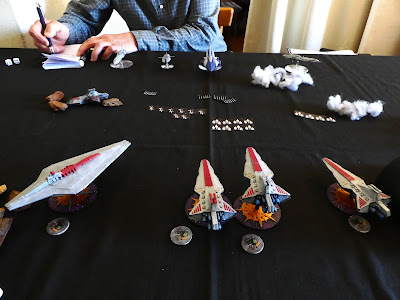 The jedi fleet converges on the Liberation, unleashing a swarm of attack craft 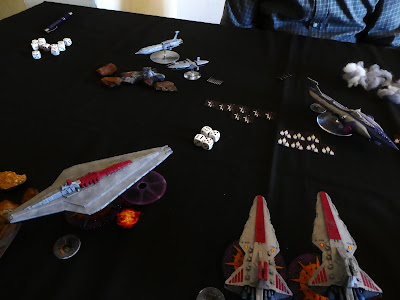 The seppies spread out, opening fire with their turbolaser broadsides, the gargantuan Heavy Ion Cannon fires on the Pride, frying her shields and weapons for the next turn 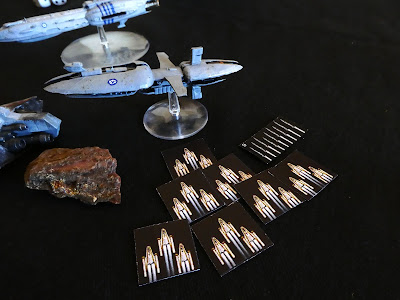 In the left, a Munificent frigate is battered by a swarm of Y wings 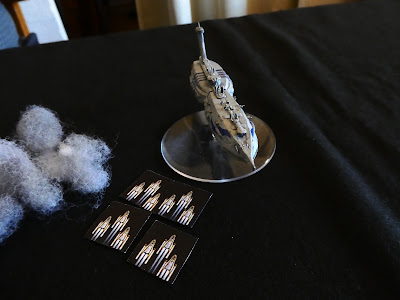 Another vessel, the Indomitable, is also damaged by their proton torpedoes 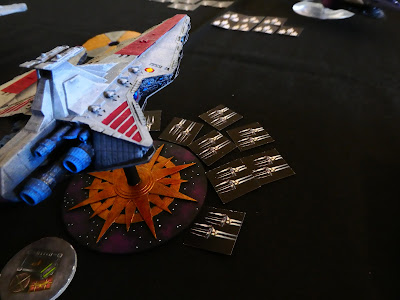 But the separatists haven't been idle, and a wave of Droch boarding ships disables some weapons and thursters in one of the venators Meanwhile, a group of LAATs has boarded the Liberation, and the clones carried inside disarm the vessel and set her on fire. 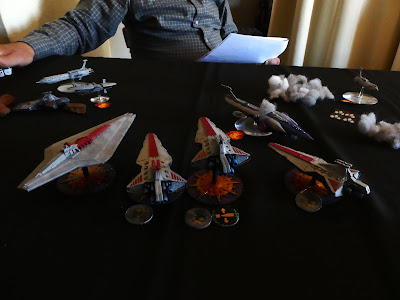 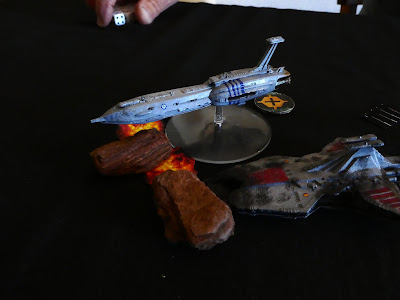 The Providence destroyer on the left enters an asteroid field, but her incompetent droid crew rams her into one of the floating rocks 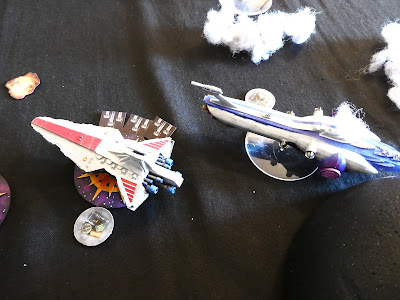 The Liberation drifts ahead trying to repair her weapon systems 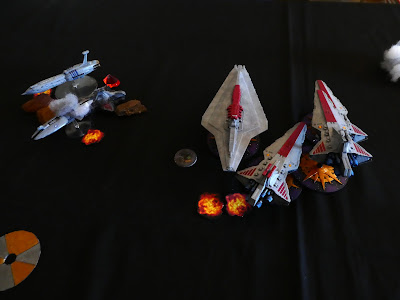 The compact republican formation pierces the confederate line firing both broadsides at once. The Munificent frigate is killed by this terrific onslaught, and the other vesses are damaged 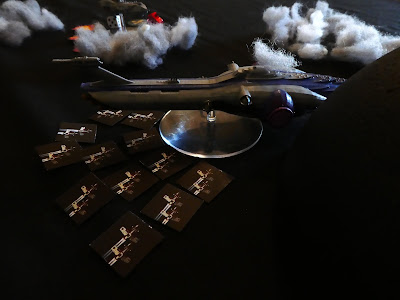 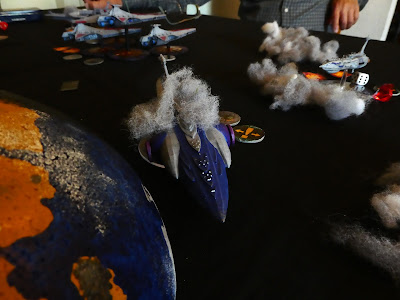 The vessel loses control and crashes into Ryloth 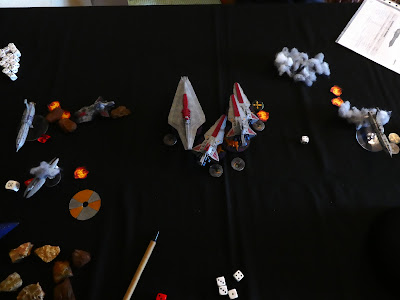 This brings an end to the battle, and the clone army prepares to invade the beleguarded planet 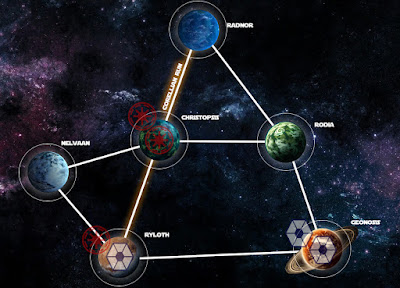 Up next: the siege of Lessu