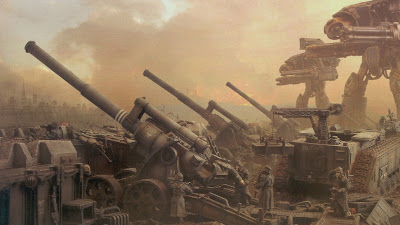 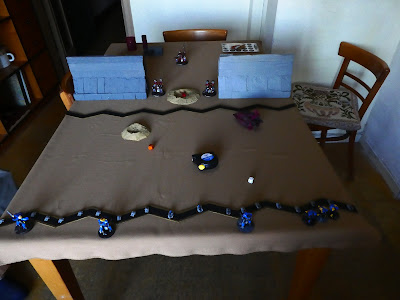 After the success of the Kagori Offensive, the imperial forces attack the wall of the inner defence line. The Krieg engineers dig a mine below the fortess and blow it up, creating a breach that is attacked by a combined force of guardsmen and Legio Astorum. 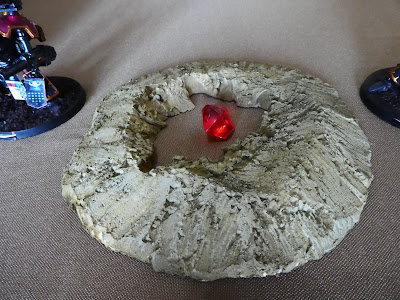 Once more into the breach! 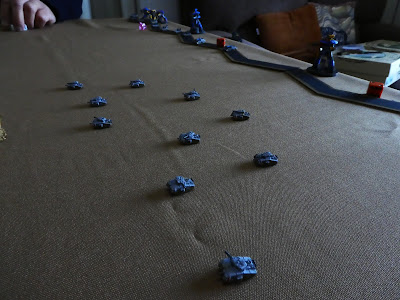 First to charge is the tank company, that braves no man's land ahead of the reavers 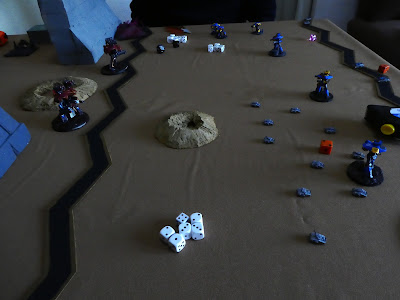 The traitors also move forwards, and both sides engage in a firefight of TITANIC proportions 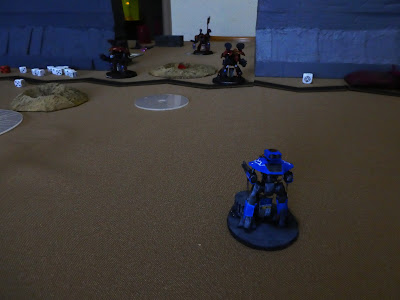 The two advance warlords lose their shields in the first turn, and soon the central reaver gives the coup de grace to the one in the left with its laser blaster 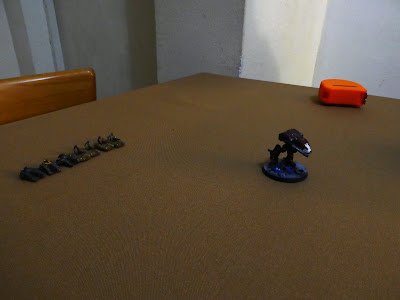 In the rear, more traitor reinforcements appear in answer to the sudden attack 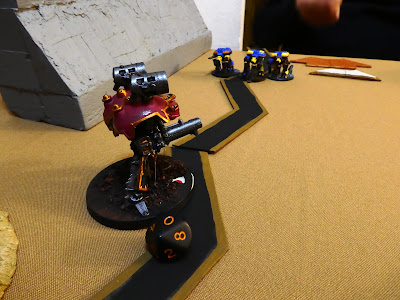 The warhound maniple has skillfully flanked the foe under a withering fire, and their shots soon take down one of the gigantic warlords 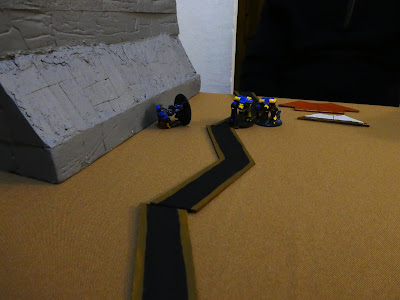 The engine suffers a reactor meltdown, the subsequent explosion kills one of its murderers 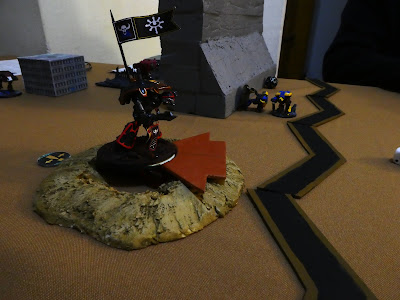 The last remaining warlord straddles the breach, challenging its enemies to approach 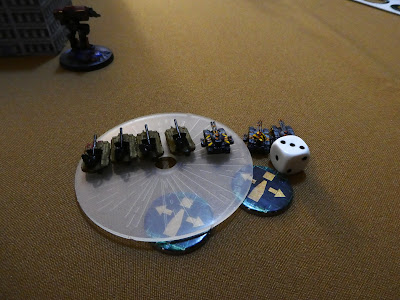 After firing some rounds, the traitor basilisks are wiped out by a volcano shot 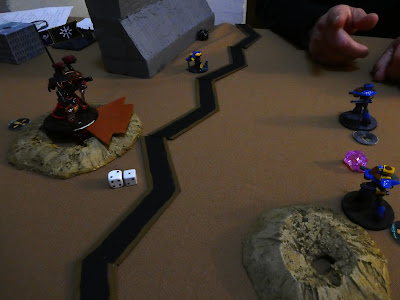 The surviving loyalist engines concentrate their fire and, aided by the kriegers, kill the last battletitan 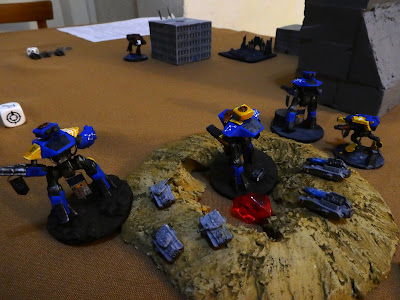 The breach is ours, praise the Emperor!
Posted by Francesc at 23:15