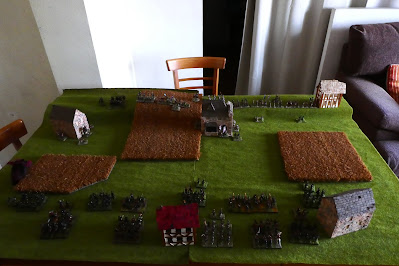 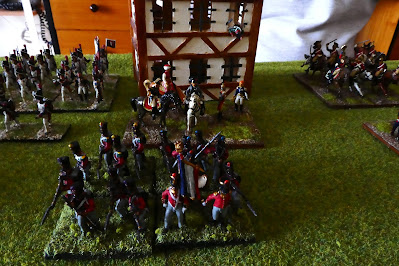 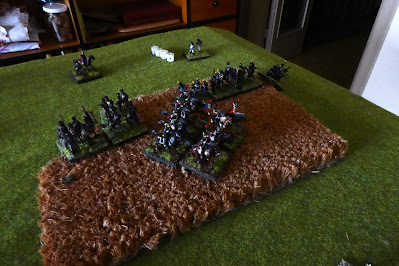 The french begin the battle with a massed assault on Hugoumont 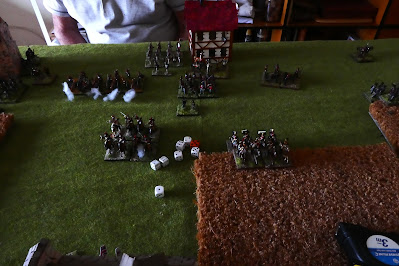 While their cavalry charges in the center 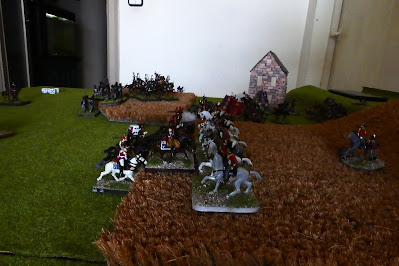 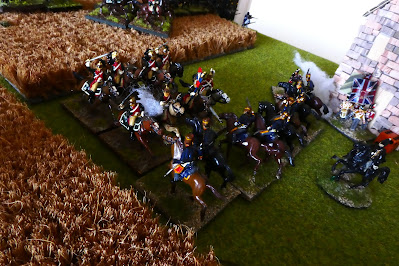 As the light dragoons do likewise 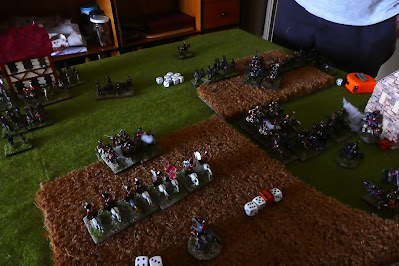 Beset by twice as many foes, the british manage to rout the dragoons, but fall to the chasseurs 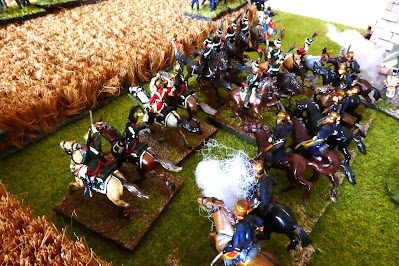 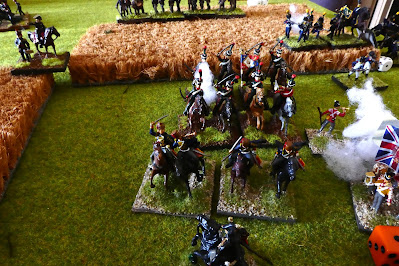 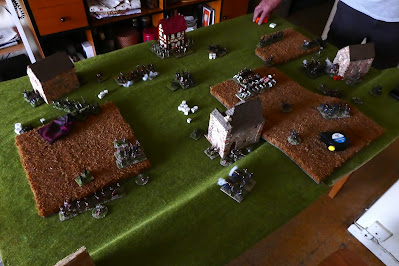 While battle rages on the right, both sides keep the distance on the left, waiting for the prussians 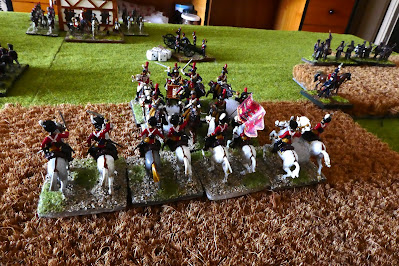 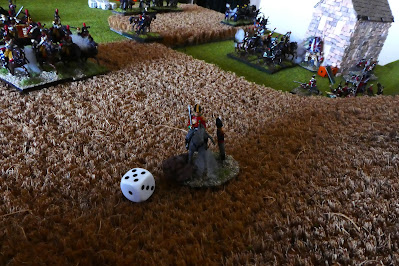 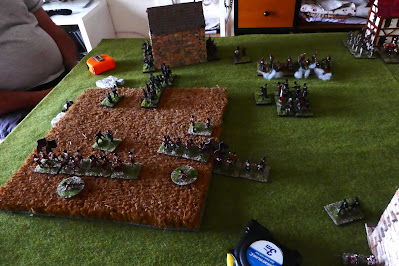 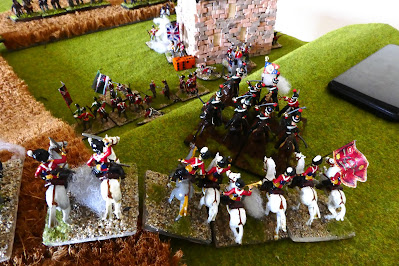 The chasseurs try to destroy the guns on the ridge but are intercepted and routed by the heavy cavalry, Scotland Forever indeed! 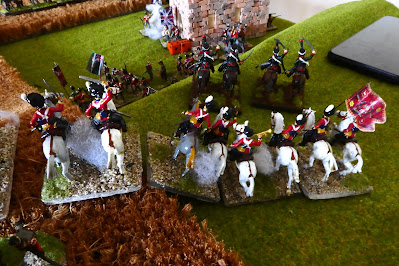 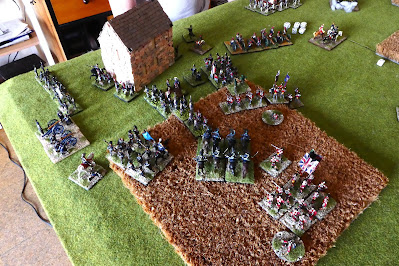 It's 17:00 and the prussians begin to stream into Plancenoit, charging into a lively fire 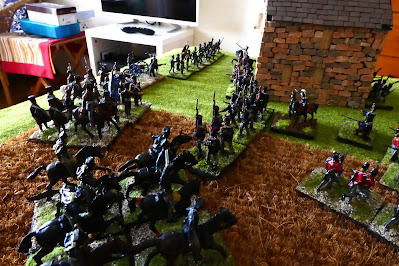 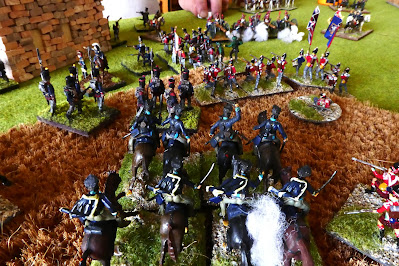 The german riders cut to pieces a division of ligne 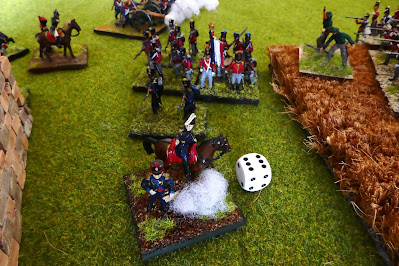 And even behead marshal Ney 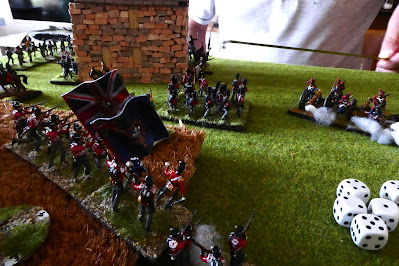 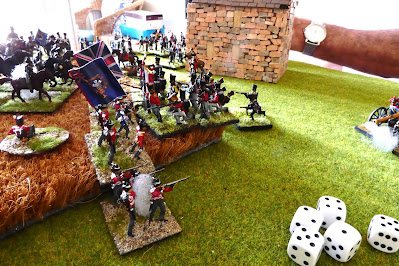 But are caught and anihilated by the royal guards 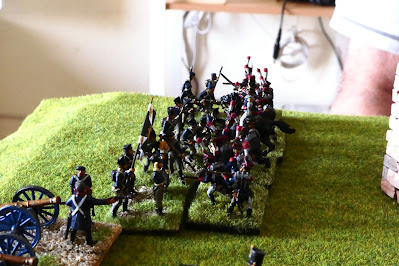 The Jeune Garde charges from Plancenoit and pushes back the germans 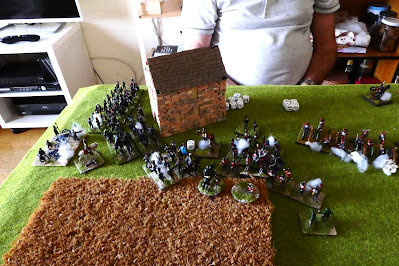 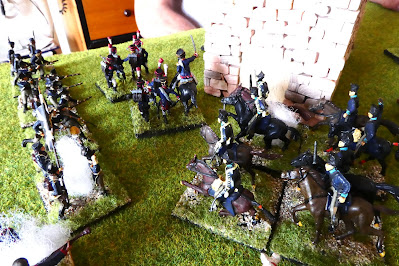 Caught in the open, the gardes are easy prey for the hussars 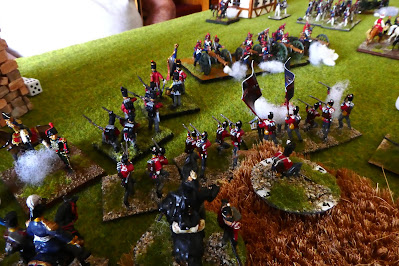 The allies steamroll the left flank and collapse the enemy morale 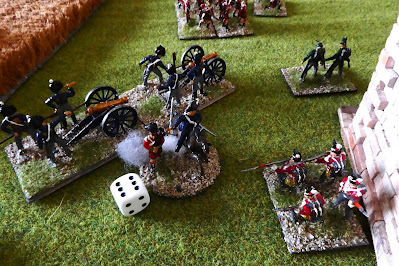 Sadly in these last fights a lucky shot strikes the Duke, killing him outright 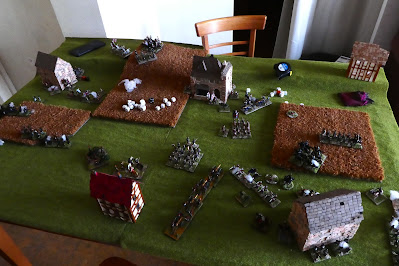 With both flanks destroyed, the french flee from the battlefield amongst cries of trahison! 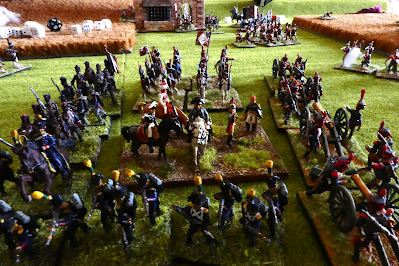 The Old Guard forms a square to cover the retreat of the Emperor and his defeated army
Posted by Francesc at 23:22

Email ThisBlogThis!Share to TwitterShare to FacebookShare to Pinterest
Labels: napoleonica