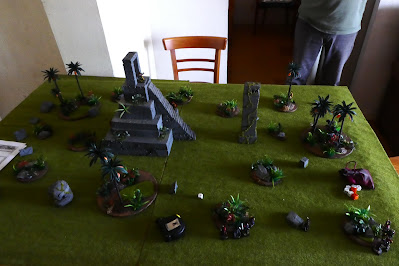 25 Sigmarzeit 2021 IC. We're off again into the unknown, I have overheard some stories about a hidden pyramid lying off to the norwest to the coast of this forsaken archipelago. Since our supplies run low and our coffers are full of treasures I've decided to make a last expedition into the jungle to get a last hoard of pagan treasure with wich to return in glory to the Empire. 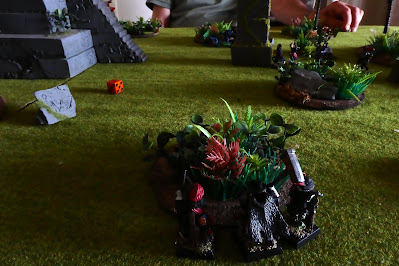 After leaving our ship on the coast we entered the island, reaching our destination at dawn 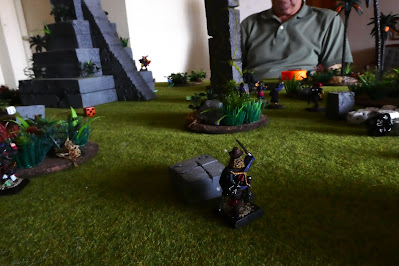 While my hunters deployed, their crossbows at the ready, our flagellants and hounds moved stealthily forwards under cover of the dark 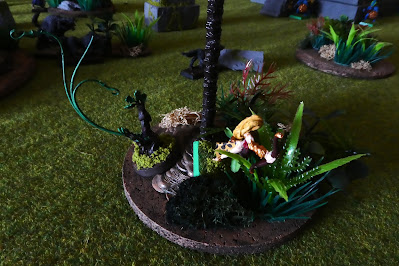 We had hired the services of a beautiful native guide on Trondheim, but she seemed to have some problems with the local flora, falling prey to a lashvine 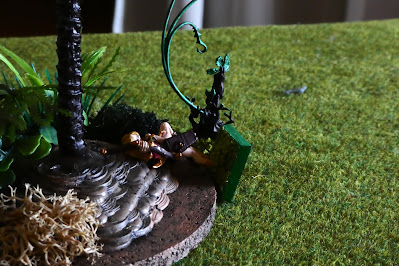 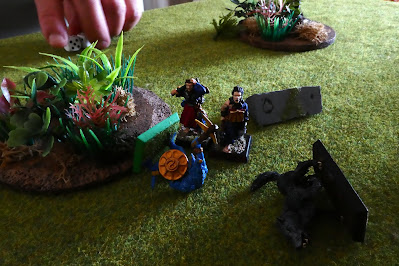 Under cover of our shots the brethren closed with the enemy, and a vicious hand to hand erupted amongst the ruins 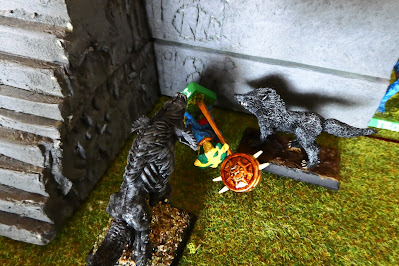 Always reliable, our hounds rounded up their blasphemous priest and teared him to pieces 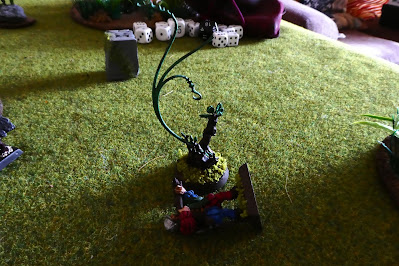 However the plant life was specially lethal in this area, and we had to lament another loos to a carnivorous plant. This time it was the lot of an altdorfer, Helmut Wimpfen, to met our lord Sigmar 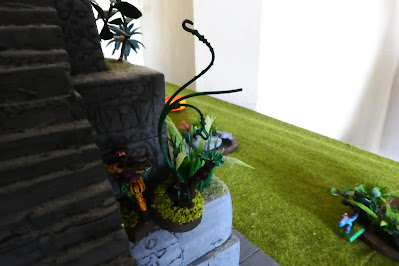 However the jungles of the lustrian continent are often as dangerous to our enemy as they are to us, doubly so in the case of their souless tilean mercenaries 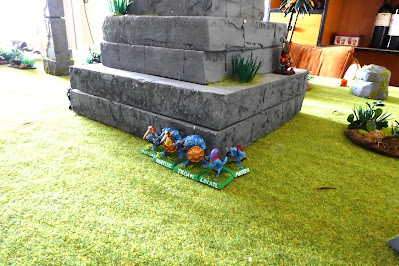 Our onslaught had cut a glorious path through the mutant defenders of the place, that were cowering in a corner of the pyramid waiting only for our purifying fire to clense them 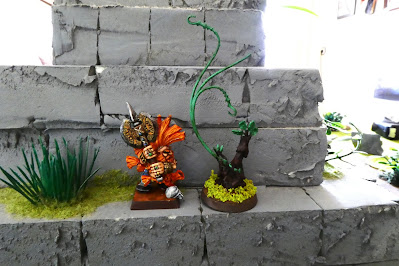 In the temple a lone dwarf was standing his ground, stubborn as all the members of his ancient race 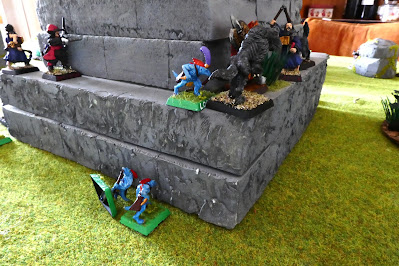 Brother Sprenger led the charge against the lizard filth, that was soon engaged at sword point with us 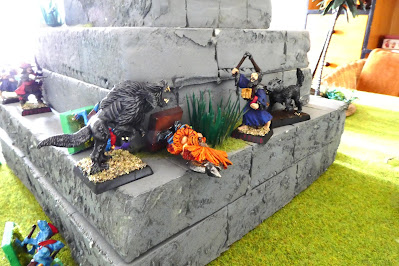 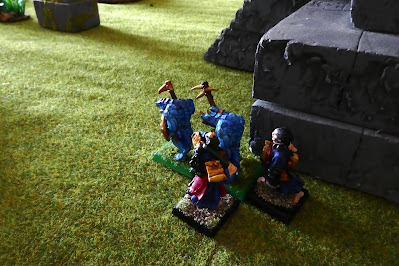 A last sortie of the lizardmutants was cut short by the flagellants, that jumped mindlessly into from the vegetation and cut one of them down 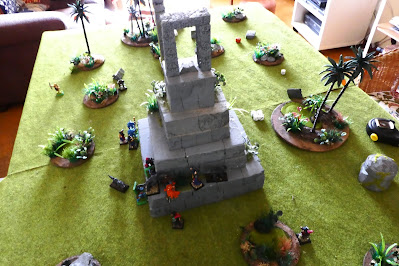 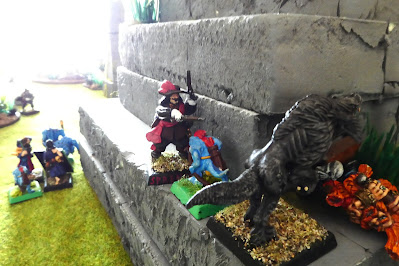 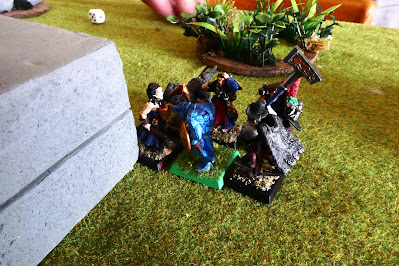 I personally led the last charge, smashing the brains of another humunguous creature with my trusty hammer of heretics 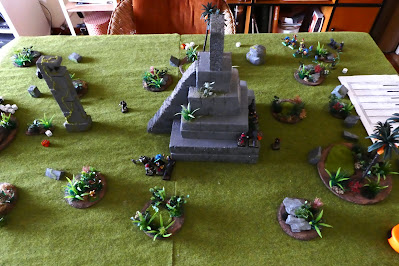 As our enemy routed from the battlefield, our vocies rose in a hymn of victory: the day belonged to the church, and with it the heretical gold that would be purified through service to the Great Teogonist.
Praise be Sigmar.
Heinrich Kramer, Witchslayer Colonel