Night attack on the Truman line 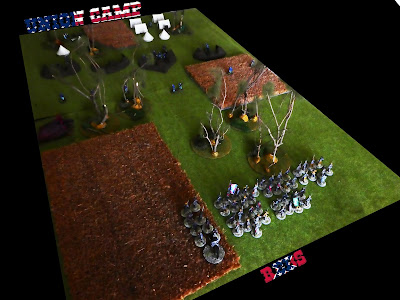 After their sucess at the crossroads, the rebs launch an all out assault on Jacksonville. Wary of the enmy firepower they decide to go for a night attack 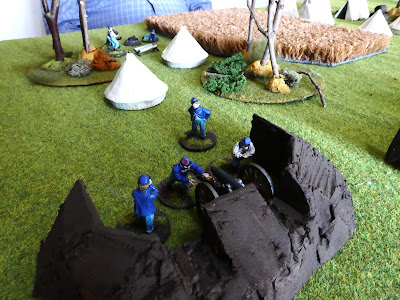 The formidable Truman line guards the approaches to the city, guns at the ready 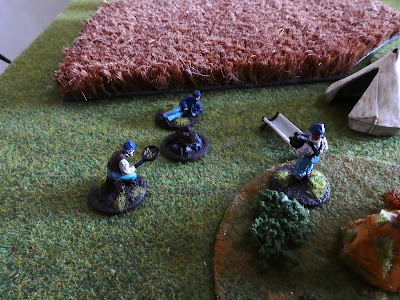 Tenting tonight: most of the yankees are asleep, and will only wake up if the sentries sound the alarm 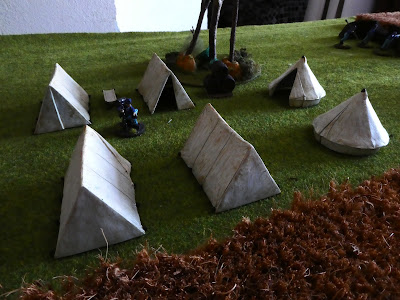 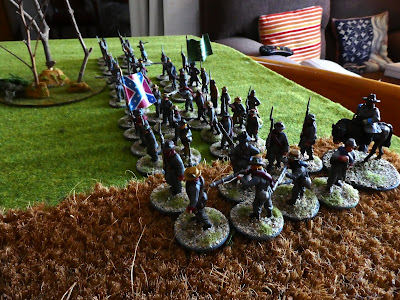 The confederates approach stealthily in the dead of night 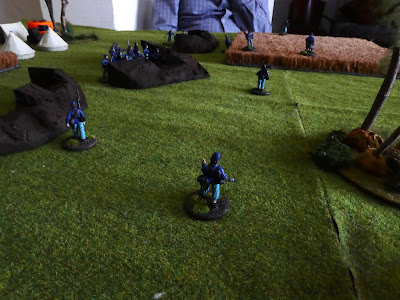 The sentries walk about the perimeter, but they don't see anything amiss 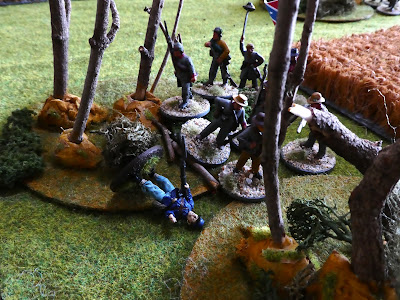 One of them is even silently dispatched 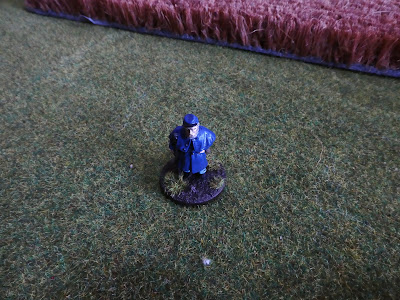 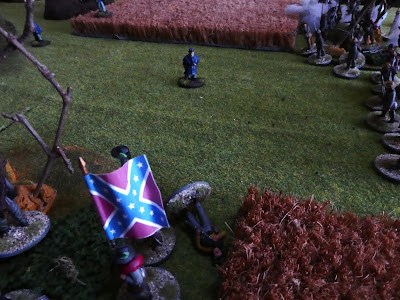 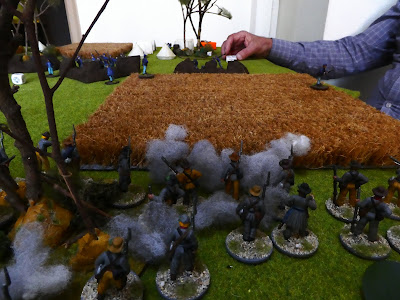 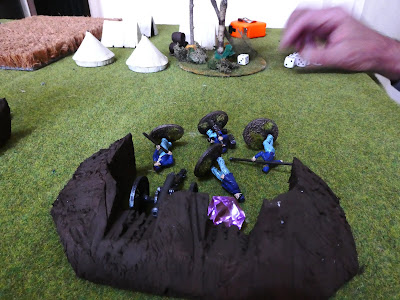 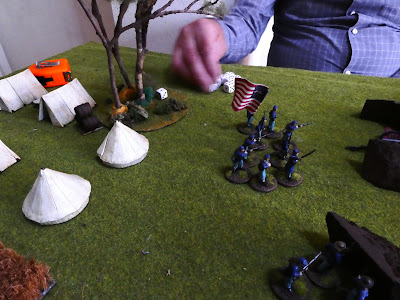 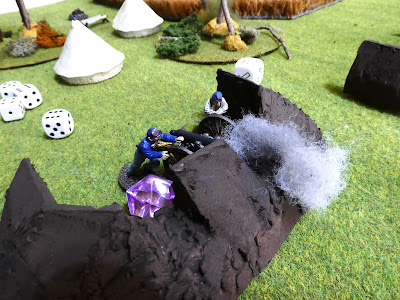 The other federal cannon opens up on the enemy 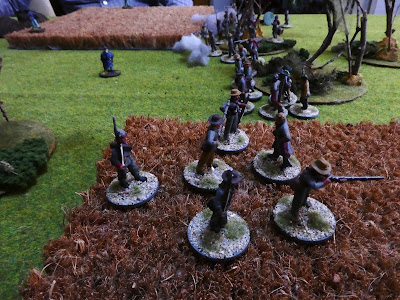 Under fire, some confederates break and fall back 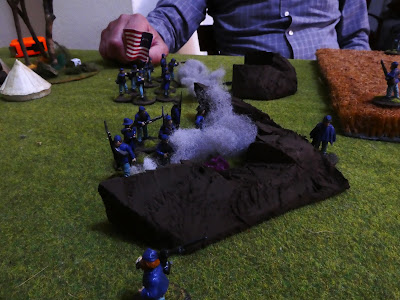 Now the entire federal line opens up a terrific fire 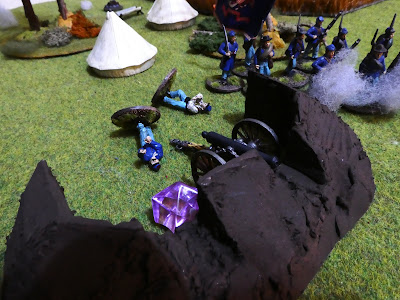 Wich is answered in kind by the enemy 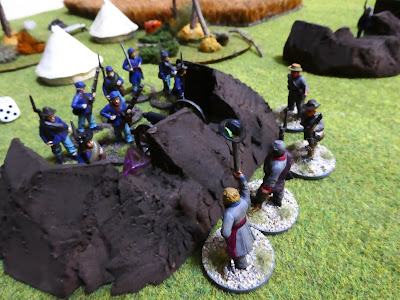 Undaunted by massive losses, the southerners launch a rebel yell and charge the redoubts 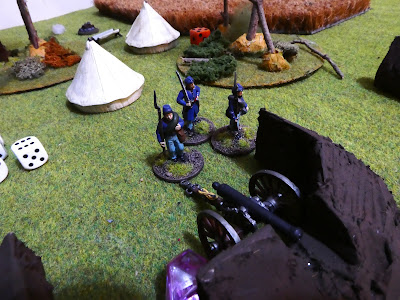 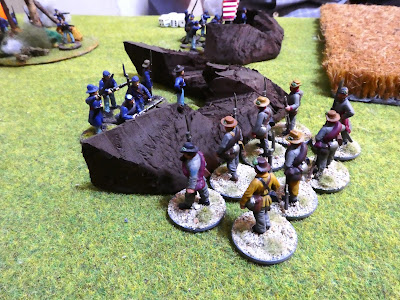 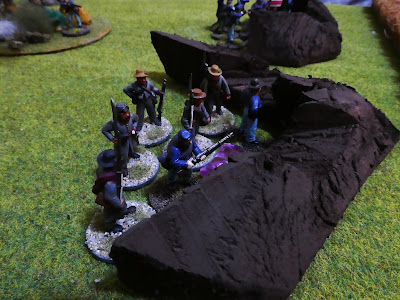 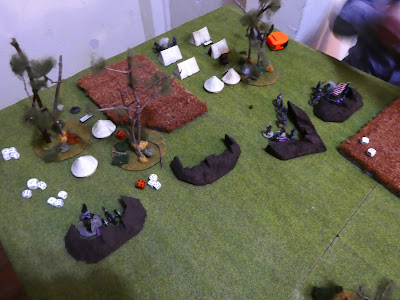 As the confederate colonel seizes an objective, battle ends. With one point apiece and the central redoubt being fought over the assault ends in a draw.

Email ThisBlogThis!Share to TwitterShare to FacebookShare to Pinterest
Labels: ACW