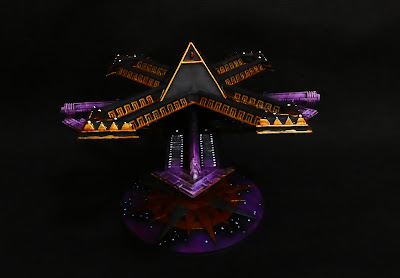 Forged during the War in Heaven by the eldar god Vault to defeat the Void Dragon, C'tan these weapons have been dormant for eons. At the start of the 41st millenium using the hand of Darkness and the Eye of  Night Abbadon found away to reactivate them, and use their awesome power to conquer the galaxy. Scattered all over the galaxy six of them formed a vital linchpin of the defence of the Gothic Sector, taking control of three of them, the chaos Warmaster managed to destroy several worlds and even an entire star system before the Imperial Navy put an end to his rampage. In more recent times one was smashed into Cadia, destroying the planet entirely, a second was given to Huron Blackheart to seal his alliance with the Despoiler and another was found floating in deep space and is being fought over. 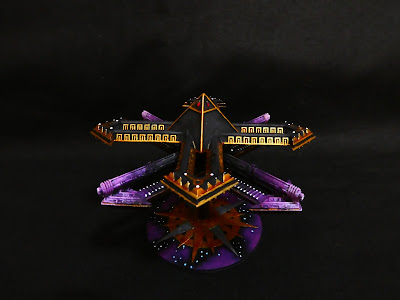 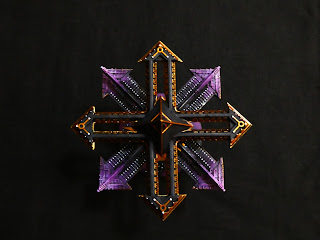 Looking from above the Blackstone forms a chaos star, cool! 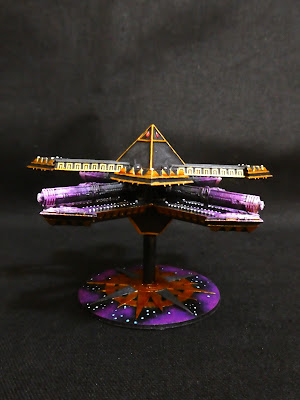 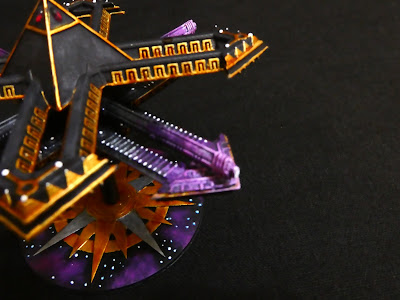 The fortress fires raw warp energy from her cannons, ignoring all shields. A weapon capable of destroying a cruiser with a single shot 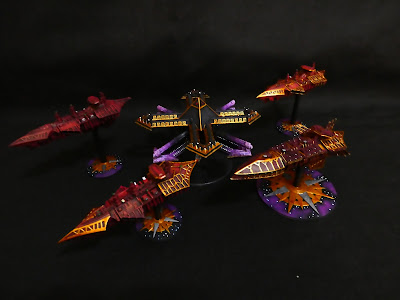